Auxiliary applications address the need for temporary, portable power or back-up power. Auxiliary power systems are defined and applied in different ways depending on the industry.

For aircraft this is known as auxiliary power units (APUs). An APU is equipped with an extra electrical generator to create enough power to operate onboard lighting, galley electrics and cockpit avionics, usually while the aircraft is parked at the gate. Drawing bleed air from its own compressor, an APU also drives the environmental packs used to heat and cool the aircraft.

Similar APU solution like this can be applied in remote camping, as most of the camping areas are in mountains such as national forest parks or remote regions which are lacking electricity and modern appliances.

The methanol fuel cell power generator is installed in an IP enclosure outside of a police safety inspection vehicle, which has X-ray scanning machine, and road block capability. Power consumption is 2-3kW on averageIn logistics, transportation and shipping, it is known known as a transport refrigeration units (TRUs) with either a clip-on or underslung generator. This defines how the generator is attached to the refrigerated containers (reefers). E.g. a clip-on genset is mounted on the front of a reefer container, while an underslung generator is attached to the chassis of the container.

The vehicles used in transport refrigeration consist of trailers, rigid bodied trucks, and vans. They all have a refrigerated compartment which today primarily is powered by a secondary diesel engine or by the main vehicle engine. In either of these cases the combustion of diesel is needed – to run the engine – to drive the compressor – to deliver cooling.

SerEnergy’s H3-5000 has for example been successfully integrated as a mobile methanol generator with help from hiPower to a customer in China, the system is coupled with a 48V 6kWh Lithium battery, 80L fuel tank, and an inverter for its purpose.

Fit for the green transit?

Download our guide: “Fit for the green transit?” to map your company’s opportunities transitioning to clean power by SerEnergy.

The guide is intended to help you consider and initiate the transition to clean and renewable energy and presenting by SerEnergy a viable catalyst; methanol-based fuel cells for your future, alternative energy practice. 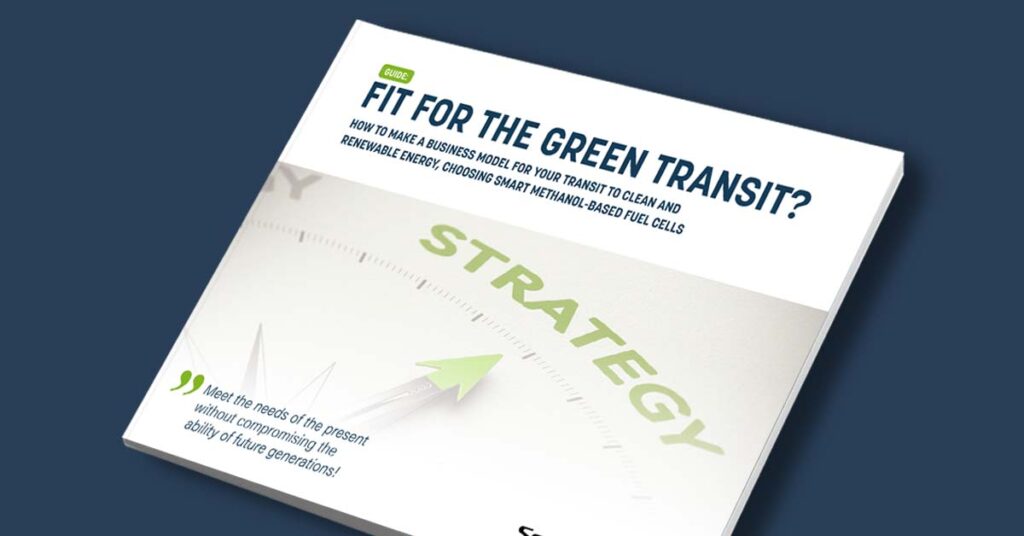